There comes a time in every musician’s life when the allure of popular music wears thin and a yearning is felt to recover the sounds and emotions that enveloped life in the home of your parents and extended family.

Although father’s Irish artistic tendency was to write and dance with the “tall brunette”…  mother’s parents were Slavic refugees who left the old country in 1895 and settled in Chicago.

And all to the incessant pulse of what they called Gypsy Camp music. My mother’s maiden name was Slahorova and she taught me to “read the Devil's cards”… with her jet black hair and edgy intelligence I often wondered about her.

To provide an appropriately “heavy” foundation for this Slavic rock sound I was fortunate enough to locate bassist Richard Jones and Drummer Wayne Wendorf. These two rock veterans were as energetic and free thinking as ever and had not lost a step during the years of separation from our very first band of consequence, Heathcliffe.

Heathcliffe, with lead blonde instigator and vocalist Mark Crowell, terrorized the Phoenix night clubs and Desert party rock scene. Long before the black helicopters put an end to the 20k strong four day remote desert blowouts. It was Burning Man with out the Man. Those amazing days and nights are lost forever, but such memories... such great memories.

The Los Angeles/Orange County music scene in the early 1980's was a seething cauldron of colliding, evolving styles producing hybrid genres that would go on to dominate the national scene for many years. Punk was waning, guitarists with rear view mirrors screwed into their instruments fell by the wayside. Players bounced from band to band while the steady influx of musicians from neighboring states added to the recipe cooking away in SoCal.

Packed live performance showcase venues running 7 night a week flourished. Fans flocked to catch Tight Receiver at Gazzaries, the Troubador, Filthy McNasties, and the Roxy in Los Angeles down to Jezebels, the Cuckoo's Nest, the Woodstock in Anaheim and the Golden Bear surfside in Huntington Beach.

The competition was intense with each and every band showcasing original 45 minute sets all vying for Friday and Saturday night slots, each pulling out all the stops in the quest to be the best and most outrageous. Seriously, who rehearses getting in and out of Limousines in the most fashionable way.

Grabbing my Les Paul, Marshalls and striking off to Southern California was the beginning of an incredible adventure. There I fell in with two surfer punks and the genius inventor, drummer Greg Voelker of Voelker Rack Systems, who went on to make art piece drum racks for the stars. My Arizona desert hard blues rock blended easily with the rapid fire punk stylings of my crazy new friends and Tight Receiver began rehearsals.

Arctic Black is an acoustic duo formed by vocalist Berlyn Winekoff and guitarist Curtis Conley for the purpose of performing original compositions in financial support of Public Schools, Colleges, Performing Academies and Community Causes in Northern Arizona. Their album, "Presence" was released in 2010.

In addition to the many benefit performances, Arctic Black was particularly pleased to have performed for Jane Seymour's Soaring Eagle Camp to help fund her Sedona Camp for children with disabilities. Jody Drake, Director of the 31st International 3 day Sharlot Hall Folk Festival kindly referred to Arctic Black as the "new face of folk." Considering the high level of performers that consistently grace this renown Folk Festival we are grateful for her support. 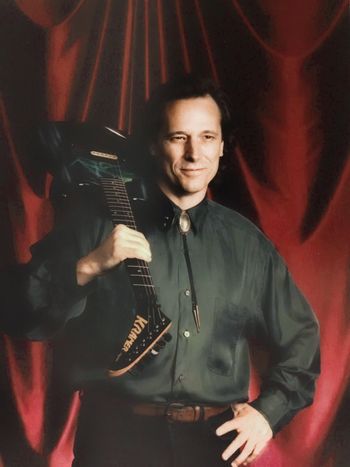 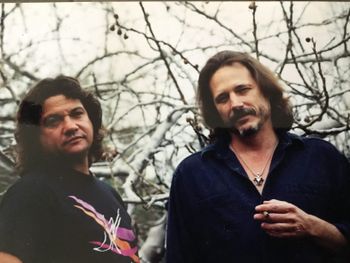 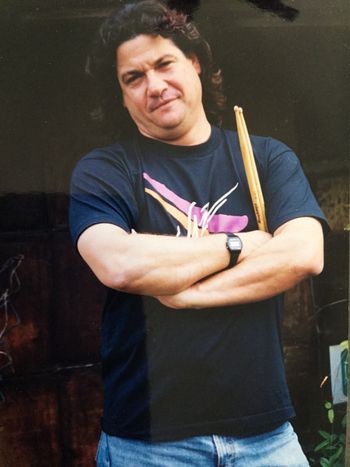 So back in Arizona after an exhausting 3 year stint showcasing original rock in the Los Angeles area the process of artistic reinvention weighed heavily given new circumstances and an ever changing market. And one had to make money... an ever present reality that could thwart the best plans for original composition.

Armed with one of the first Atari windows type computers, inferior sound card and a fledgling music program... how could one make do with these limited tools to create a presentable act. Some of the more credible computer styles on the Atari were a pop jazz and popular South American genres. Perhaps overlaid with a softer guitar interpretation and smooth jazz chord composition... could this approach present black tie resort work as a possibility?

I ran an ad on Craigslist seeking a drummer who might consider forming a trio with the Atari as the 3rd member. To my surprise a thick accented voice on the line exclaimed... "My name is Miro de Sa. I am from Brazil recently, let's talk." His was the only response I received from my ad. As it turned out he was an extraordinary jazz drummer of some reputation in Brazil who had just graduated with honors from the Los Angeles Institute of Percussion.

Boy did I luck out with Miro agreeing to do an album. In strict consideration of respecting Brazillian cultural contributions to World Music we agreed that, although being experimental, we would deviate as little as possible from traditional forms. We would use the Atari as our bass and keyboard sounds, Miro would program the percussion, play the acoustic drum parts and I would compose the chord progressions and add guitars.

This was a decade before digital accompaniment became the norm. Fuzzy Logic began rehearsals and  we played every Resort, Tennis Club and 5 Star Hotel in the Phoenix/Scottsdale area. Their album, "Fuzzy Logic" was released in 1996.